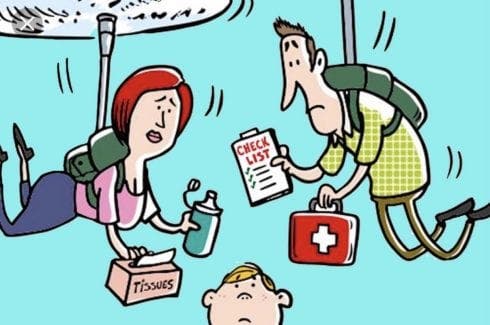 If I had to confess to something I think I would have to own up to being a little bit of a ‘helicopter parent‘, not the worst kind of parenting style, but not the best either! It is something that I know a lot of my friends do also, although I was unaware of the fact due to it being a very new theory on parenting styles.

So what is a helicopter parent? It was first termed in 1969 in a book called ‘Between Parent & Teenager’ by Dr. Haim Ginott. In the book there is mention of a teen who complains: ‘mother hovers over me like a helicopter‘. It was only in the 2000’s when the term really took off as children of mothers born in the 1960’s were reaching school leaving age.

The term ‘helicopter parent’ was officially added into the dictionary in 2011 and is defined as: ‘a parent who is overly involved in the life of his or her child’ (merriam-webster.com). This style of parenting came to be more noticeable when a child is at School, College or University age. The implication being that a parent might hover over their child and do tasks for them that they are perfectly capable of doing themselves. Or a parent might call their child’s place of study to question grades for example. Also, a helicopter parent might ensure that their child is constantly doing after school activities in a quest to be good at a large variety of tasks. 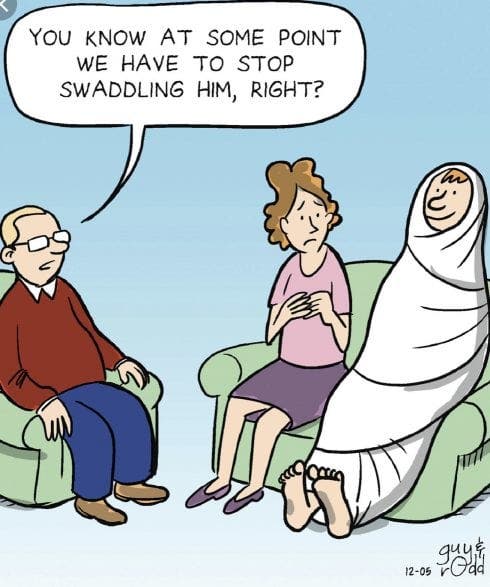 It was Colleges and Universities that first noticed this helicopter style of parenting as they started to welcome in millennial students. Counsellors were noticing a huge increase in students accessing their services for depression and anxiety. These students appeared to have: ‘declining abilities to cope effectively with problems of everyday life; and increasing feelings of entitlement,‘ writes Peter Grey Ph.D. He goes on to say that in several studies carried out to discover the reasons why students were accessing counselling services: ‘all studies showed those students who reported the most helicopter parenting scored lowest on the self-efficacy scale‘ (psychology today.com).

So why do parents fall into this pattern and style of parenting and why is it so prevalent now? Kate Bayless sites four reasons:

1.Fear of dire consequences. A parent might worry that their child is not getting good grades, getting into a particular team at school, getting a good job when older, so feel the need to intervene.

2. Feelings of anxiety. Things such as the economy, the job market and the world in general. Every parent would like their child to be happy and successful as an adult but worry that this might not be possible without them steering the course for their child.

3. Overcompensation. Parents who were themselves neglected or felt unloved might then overcompensate with their own children.

4. Peer pressure. Guilt plays a part in this as we might see other helicopter parents and feel inadequate by comparison (parents.com).

The short video below explains why helicopter parenting is not beneficial for our children nor for society in general:

There is a theory which has stood the test of time and still rings true to this day. In 1953 Donald Winnicott, a British pediatrician and psychoanalyst termed the phrase ‘a good enough mother’ (which I will refer to as ‘parent’ in this piece). He spent a lot of his life observing mothers with their babies. He believed that being a good enough parent was something that could only happen in time (seleni.org).

Marilyn Wedge PH.D writes that being a good enough parent is a very fine balancing act that needs to be done at a slow pace. She states that at first the parent must ‘devotedly attend to the infant’s every need‘ and then gradually allow the ‘baby to experience a need apart from its own immediate fulfilment’. Through doing this, the child should then grow up to be content and he is living in a world that does not conform to his wishes (psychology today.com).

This short video explains very concisely the theory of being a good enough parent and its benefits over helicopter parenting: