It is possibly quite difficult to imagine that some mothers can actually be psychopathic, but as with all other groups of people, they walk amongst us. It is very difficult to spot a psychopathic mother in plain sight, but it is very easy when you are the adult child of one.

So what does a psychopathic mother look like to everyone else? Well she would possibly come across as being selfless, appearing to put her child's needs above her own, more than an average mother might do. She can put on a show as she learns bits and pieces from other mothers about how a good parent should behave. She then mimics these behaviours. However, it is an act, and it is only when at home that the act stops, and she is unable to display the usual nurturing and empathic emotions that a good mother possesses.

It is known that there are far more men who have psychopathy than women, but the traits are fairly comparable between both genders. A psychopathic mother is unable to see her child as anything other than a possession, such is her lack of empathy. She sees her child as being there, solely to meet her own needs. 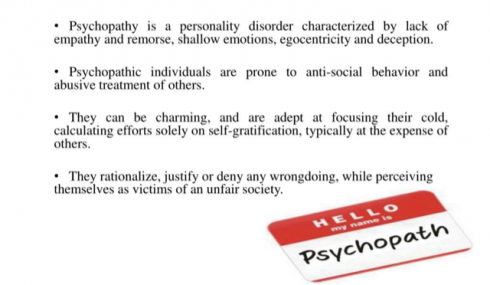 (These stories have been given freely and with permission to discuss anonymously).

J told me about her mother who enjoyed setting fire to buildings as a child, was unnecessarily cruel to her siblings and to animals. J recalled a time when the family dog had done something to upset her mother and her mother had dragged the family pet crying, out to a shed where she had left it for days. J remembers finding this very upsetting, and believing that it felt wrong. The cruelty extended to J and her two siblings also. There were beatings and punishments for slight 'demeanours,' such as wanting to go to the toilet in the middle of the night, or waking her mother up in the morning. The punishments would vary from being hit with objects, having things thrown at her, clothes being ripped, and being locked out of the house in the cold for hours on end, in bedclothes.

J's mother would bang on her bedroom floor each morning, usually quite late, when she awoke. This signalled that a cup of coffee and breakfast should be delivered to her in bed. J recalls an incident whereby she had tripped on the stairs and spilt the tray on the carpet. Her mother came flying out of her bedroom and ripped the entire carpet off the staircase, before picking up the nearest object to beat J with. Another memory is of J and her siblings being so excited one Christmas morning that they made a slight noise which woke their mother up. Her reaction was to come down the stairs, aggressively open the door, and smash every single present.

Yet on the surface, J's mum appeared to be a very sweet and a quietly spoken woman, with a kind face who was often smiling. However, there were no friends that ever came to the house, in fact J's mother had no friends, ever.

I asked J, 'when did your mother's behaviour stop?' J said that the behaviour never did stop, but recalled an incident at age 15 whereby her mother had thrown an electric heater at her. J had walked towards her mother. But, so terrified by the look on her mothers face, J had jumped out of a first floor window and run, not returning for 2 weeks. Not once in that time did J's mother make an attempt to find out where she was.

J talked about living in a house of fear but believing it to be normal as a child. There were far more traumatic incidents that J has recounted that are not suitable for a short blog post.

So why do children continue to keep these mothers in their lives? R states that he just wanted to do something to make his mother proud of him. R was very high achieving and was of the belief that these achievements might bring some praise, even though R was by now no longer a child, but an adult. On the surface, R's mother would be very happy to tell other people of her child's latest venture, but to R her response would be, 'I don't even care if you empty rubbish bins for a living. I could not care less'. R states that he realised at that point that it was unlikely that he would ever make his mother proud of him, or that she would even acknowledge his achievements. 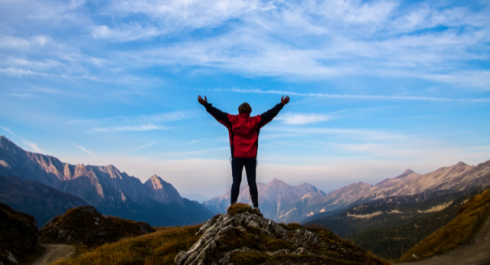 R moved into parenthood hoping that his mother would be a better role model to his grandchildren than she had been to him. However, psychopathy is a personality trait, it is not an illness that can be cured. R noticed that in public, and on social media, his mother would appear to be the doting parent/grandparent, yet behind closed doors she would show no interest in her children or grandchildren at all. 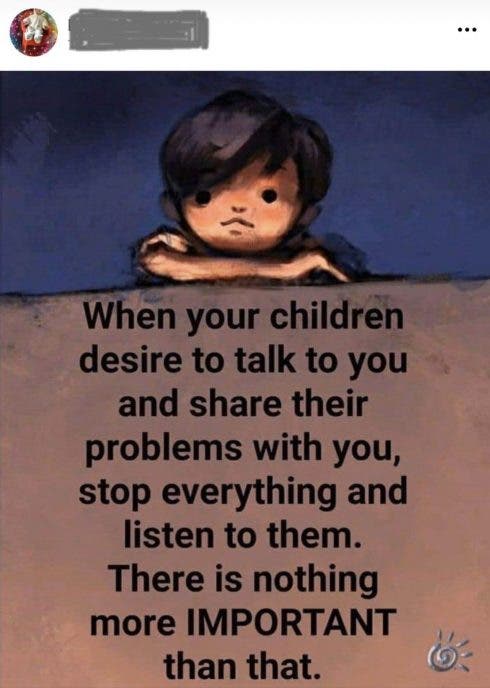 R tried to maintain a relationship with his mother for the sake of the grandmother/grandchild bond that might one day come. But it never did come. During their last conversation, R's mother stated that she had never loved any of her children or grandchildren. R's mother called his young daughter a 'bi**h,' and for R, that was the final straw.

What B experienced was a psychopathic mother with very manipulative traits. After the death of her father, B watched as her mother sold the family home and all of the family possessions. Her mother then went on a spending spree, eventually rendering herself homeless. During this time the mother was working as a volunteer for a charity, and trying to maintain this facade of being a respectable, recently bereaved woman. The doe eyed woman would elicit sympathy for a short time from people, but it would never last. She repelled people who got too close.

B and her three siblings wondered where on earth all the money had gone from the sale of the house and all of their fathers precious belongings, and family heirlooms. Their mother would tell one sibling that another had stolen it from her, that one had been in financial difficulty so had needed the money, and that she had spent it all on a different sibling due to being in need of help to buy a house. The end result was that these siblings were estranged for 10 years, each believing that the other had caused the mother to be in the predicament she was in, of her own making. 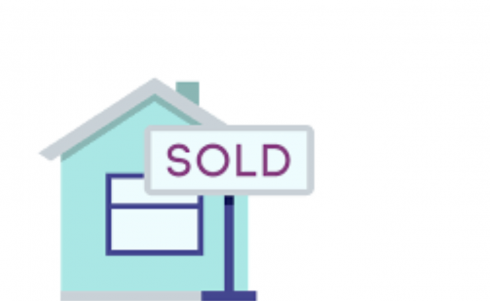 What is sad about this is that each sibling believed they were the one and only being ostracised from the family, and it was only through pure luck one year ago that they discovered that all siblings, and their children, were not only estranged from each other, but also from their psychopathic mother/grandmother.

In effect, the mother had not only alienated all of the siblings and extended family from each other, but also from herself. The psychopathic mother believed she was the victim and could not accept the part she had played. Social media posts would keep coming up about how mean her family had been to her, how karma would get them all back. There was not even a hint of her taking any responsibility of the situation she herself was in. 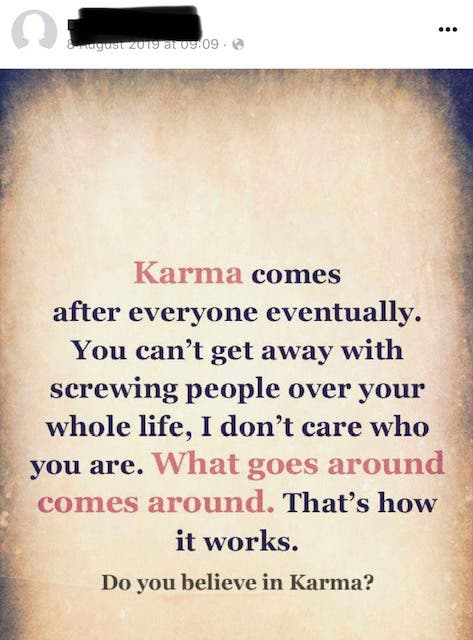 So how do adult children fare when they have been raised by a parent with psychopathy? In my experience, there are a myriad of mental health issues that arise as a result, along with addiction issues. How does one survive such an unsafe upbringing? A complete lack of maternal nurturing? 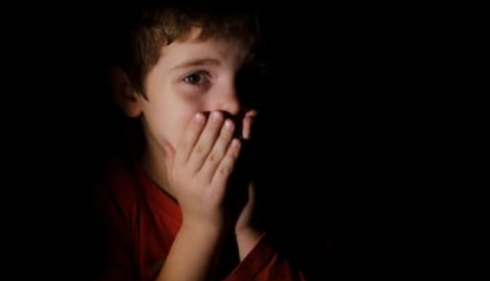 J regards herself as having been one of the lucky ones. Having finally cut ties with her psychopathic mother, J says it took into quite late adulthood, and lots of therapy to realise that her mother was a big contributor to later mental health and addiction issues. But J still states that she has pangs of empathy for the mother who is now, so alone, friendless and with no family around her. But J has had to accept that it is the way it is and there can be no way of eliciting any comfort or resolution from a mother with this personality type.

R was not so lucky and due to the continued presence of the mother in R and his children's life, there have been bouts of suicide attempts, poor mental health and extreme addiction. Unfortunately the unstable and chaotic lifestyle allowed the psychotic mother to exert a greater influence over R's children and the cycle of abuse and mental illness has been passed down to R's own children.

As for B, life has been hard but B was less tolerant that the other siblings and cut herself and her family free of the mother long before than the others. B says life is peaceful, it is easy and that 'I can't deal with stress so I don't allow it into our lives'. B goes on further to say that, 'I will never forgive her for what she's done, the memories are too awful and I am just pleased that I broke the cycle with my own children'.

For further reading, Olivia Rayne has written a book about living with a psychopath as a mother. I have not read it so cannot recommend it but it will be a more in-depth account than this article. 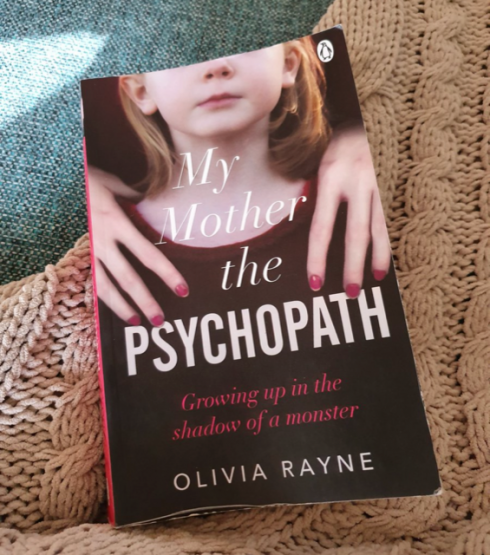