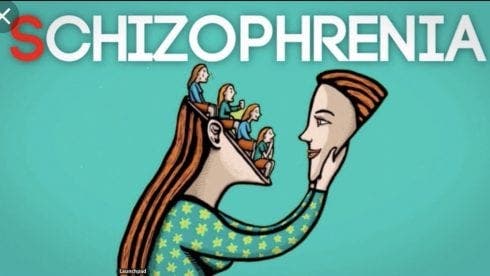 During this religious period of time known as Easter, I thought it would be interesting to look at the diagnosis of ‘schizophrenia’ and the connotations attached to it within Western culture. One of the symptoms of someone who has schizophrenia can be that patients have what are known as ‘religious delusions’ which are different in nature to psychotic episodes. It is estimated that in every culture, 1% of the population will have a diagnosis of schizophrenia.

It was reported in a study that 24% of people with the diagnosis who were admitted to hospital for the condition, were having religious delusional thoughts.These patients believed that they were divine human beings, or that they were being spoken to directly by God (springer.com).

So how do we know that someone else’s experience of being delusional is not a very real version of their truth? In the West we regard someone with schizophrenia as being dangerous and somehow to blame for their condition. They are stigmatised, marginalised and mostly seen as people to be avoided. We medicalise them and often institutionalise them in psychiatric hospitals.

A study into Mexican American families for example, showed that their culture referred to schizophrenia as ‘nervos’ and that the person with the condition is not to be blamed for their mental state of mind. Whilst they often felt that looking after a family member with the condition to be a ‘burden‘ they expressed ‘hope‘ that the person would get better. A study was also done into trainee Japanese mental health practitioners and over 80% of these trainees believed that schizophrenia could be cured. These studies can be read in full at ncbi.nim,nih.com.

In some cultures such as areas of Africa for example, people with schizophrenia are regarded as almost divine and in possession of religious and miraculous powers. They are referred to as shamans. The definition of a shaman is; ‘a priest or priestess who uses magic for the purpose of curing the sick, divining the hidden, and controlling events’ merriam-webster.com).

Dick Russell writes,‘Schizophrenics, some believe, are simply a “modern manifestation of prehistoric tribal shamans’. Russell has a son who has a diagnosis of schizophrenia and they live in the United States. After several years of being treated with medication and hospitalisation with no success, Russell took his son to East Africa. His son is bi racial and he thought it would help him to know his cultural heritage. He had no idea of the profound effect a chance meeting with a shaman would have on his son. Upon his return to America, Russell sought out a West African shaman for his son to see. He explains, ‘schizophrenics are not viewed pathologically, but often as mediums bringing messages to the community from the spirit world’. (washingtonpost.com). Russell wrote a book about this experience called ‘My Mysterious son’. 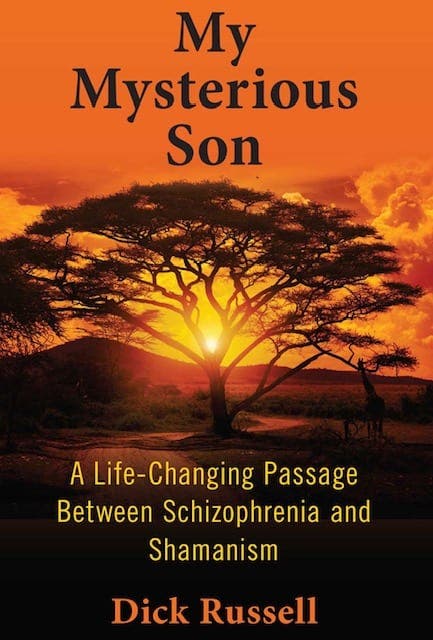 The South African healer Colin Campbell has been quoted as saying; ‘people hearing voices for instance or feeling certain things are in touch with other realities, especially the whole mythic realm, that Western society does not have a time or place for’(colincampbell.info). Could that be true? We already know that we have very little knowledge of the brains capacity and ability. What if people who have schizophrenia are actually just accessing parts of their brains that we can not.

The Icarus Project is a ‘support network and education project by and for people who experience the world in ways that are often diagnosed as mental illness’ (theicarusproject.net). This was set up in 2003 by Sascha Altman DuBrul after he felt stigmatised and isolated due to his mental health issues. He produced a ‘tool kit’ to help people in crisis help themselves to feel safe. It would appear that there is an upsurge in anti psychiatry in some areas and people are turning to other ways of dealing with their mental health, as opposed to taking prescribed drugs.

But what about the West and how we deal with schizophrenia? It is so easy to medicate people so that they sleepwalk through life and in turn, line the pockets of the pharmaceutical companies. But is that the right way? For some, yes. But for may others, possibly not. Schizophrenia has been around for a lot longer than pharmaceutical companies have. Shamans have existed and been revered in many cultures around the world for centuries. What if this condition does allow people to see beyond the realms of what we see.

RD Laing believed that schizophrenia should not be medicated and opened a ‘hospital‘ (he refused to refer to it as a hospital) for people with schizophrenia, which he called Kingsley Hall. He believed that schizophrenia was a ‘theory, not a fact‘. He was a member of the anti psychiatry movement and believed that schizophrenia could be lived without any need for medication. He was very much a product of the 1960’s when pop culture was prevalent. However, due to his own mental ill health and addictions, his utopian vision of a group of people with a diagnosis of schizophrenia living together unmedicated was a disaster. A film in 2017 called ‘Mad to be Normal‘ starring David Tennant told the story of RD Laing and Kingsley Hall. Was Laing on to something? Could it have been different if the ‘hospital‘ had been run by someone with sound mind himself? That we will never know.