ARE YOU AN AMBIVERT 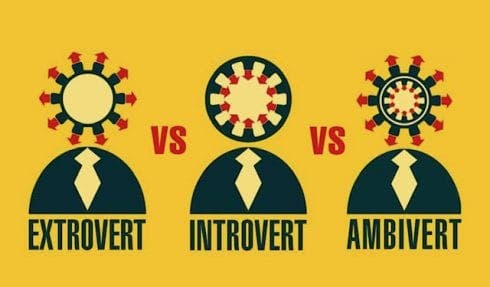 Whenever I meet a friend of mine I am always struck by how quiet and unassuming she is, almost with a slight shyness. Yet this person is an entrepeneur who organises and attends many events every week. I asked her how she managed to mix the two seemingly opposing sides of her personality so well. She told me it was because she was an ‘ambivert’, a word I had never come across previously.

I think it might be fair to say that most people know what an introvert is and also what an extrovert is. They are both words that have been used to describe certain personality traits since Carl Jung coined them in the early 1900’s. Put simply, an introvert could be described as a person who is more at ease with their internal world, whilst an extrovert is the opposite, more energised by the external world. 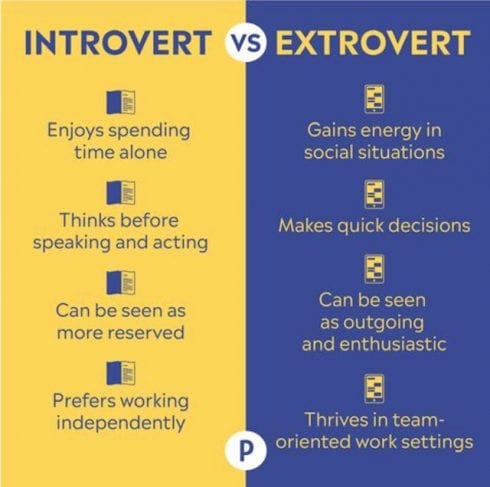 As always, there in a spectrum upon which we will all land. Some introverts can find they are accused of being too shy or anti social, whereas in reality it could just be that they prefer more alone time and quiet reflection. An extrovert conversely might be regarded as very out going, gregarious and viewed as a ‘people person’ (healthline.com).

So how do we know if someone is an ambivert? Could it not just be assumed that an ambivert is a person who sits right in the middle of the introvert/extrovert spectrum? It is actually a lot more complicated than that, and I can’t help thinking that ambiverts should be applauded for the constant pushing at their own boundaries. Certainly my friend explained to me that she often felt that she was in situations that might well be out of her comfort zone.

Ambiverts are described as being supremely adaptable. They make for very good listeners, but will also speak when necessary. This is opposed to extroverts who might talk a little too much and not listen enough. Ambiverts are also able to build up trust in people as everyone likes to be listened to and also engaged with.

Ambiverts on the whole tend to get along with everyone. They can adapt to extrovert or introvert personality traits very comfortably with some effort, and are happy alone or in company. Perhaps an ambiverts greatest quality is that they truly empathise with people. Given the strengths already mentioned,‘ it’s no surprise that ambiverts are able to build strong rapport and empathy with other people. They are good listeners, but not afraid to speak up. And their capacity to build trust helps people open up to them‘ (introvertdear.com).

So why is the category of ambivert such a new concept? One theory is that because the world is chaotic, humans are inclined towards categorising everything in order to make sense of this chaos. Gone are the days of binary thinking whereby people fit neatly into one of two boxes only. ‘The ambivert introduces ambiguity by shattering the illusion that you must conform to either the introvert or extrovert category’ (forbes.com). 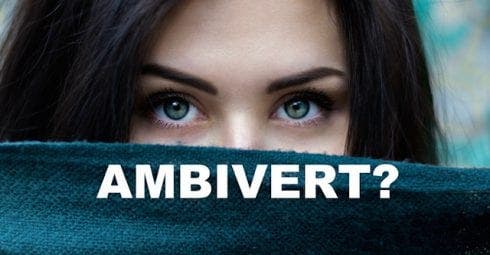 The benefits of being an ambivert can be their ability to form deep bonds with people, their extroverted traits may lead to meeting and interacting with more people, whilst the introverted traits can help nurture close friendships. They also make very good managers of people in the workplace. When it comes to managing teams, ambiverts may have an ultimate advantage. They can choose to display more extrovert or introvert qualities based on the needs of their employees. Ambiverts feel comfortable taking centre stage if needed, but they also know when to step back and listen.

However, the downside to being an ambivert can be that their extreme flexibility can be very exhausting on them. They are often the person who is bridging a gap at work, or in friendship circles in order to keep the peace (healthline.com).